Sadly, we have to report the passing of big Benji – the last of Leading Petcare’s ‘old guard.

I had the pleasure of looking after Benji and walking him, since he could be picked up in one hand!

He was one of the early regular bookings for Leading Petcare.

I’d see him every week for the first eleven and a half years of his life, by which time he’d grown into a majestic, sage looking Boxer.

He was such a gentle, and cheeky big dog. And he enjoyed his naps! Many a time I’d let myself into his house and shout his name several times before finding him laying on his back, legs all over the place!

I know the house is going to feel so very much empty for owners Janet, Neil and Sarah. But Benji has given them so many special memories.

Due to the pandemic, I hadn’t seen much of Benji this past year, but I know I too shall miss the big fella.

Leading Petcare presently has vacancies for dog walking in the Houston, Bridge of Weir and Kilbarchan areas. Walks are normally of half hour duration, but where timings permit, one hour walks could be catered for.

All he needed was a word of encouragement.

A day earlier, this cheeky little chap worked out how to open the Tupperware box that contained peanuts, meant for feeding the birds.

So I decided to make it a little more difficult for him the following afternoon, by placing another box on top of the one he wanted to break into! For  a while, he was stumped.

This is his second visit to the box in ten minutes. After he was frustrated on the first attempt, he headed back into the woods, presumably to work through his drawings and calculations.

He soon returned, but initially he seemed a bit deflated – so approached me for some help! And after a quick word of encouragement ….

It’s been ten long weeks since I last saw my wee pals. But with ‘lockdown’ slowly being eased, and clients gradually returning to work, the LEADING PETCARE packs are able to get out and about once again.

OK – so today wasn’t a ‘pack’ exactly. Not at all, in fact. It was just LEXI. But we had a lovely walk in sunshine up the hills at the back of The Knapps in Kilmacolm.  LEXI relished the challenge of flushing out rabbits from the gorse bushes, but unfortunately her hopes of ending the outing with a swim in the loch were kyboshed by a flock of geese and their little goslings.

(Naturally, I was a tad snap-happy with the camera!) 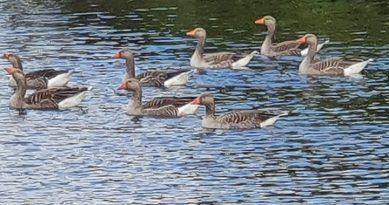 Week #9 of the Coronavirus Lockdown, and the ‘novelty’ is wearing a bit thin. Which is more than can be said about me – despite running and cycling daily, the temptation to snack and eat cakes when I’d normally be … Continue reading →

WHEN DOVES CRY? Don’t kid yourself!

For the past few months, I’ve had a pair of woodpigeons who, when I call, come into the garden to be fed.

The male has become very confident, and yesterday mid morning, though I hadn’t called, walked around the garden following me until I fetched his food.

But now there’s a new kid in town!

Watch how wary even the rook appears when it arrives for some breakfast. I can just imagine it whistling casually, thinking “play it cool, my son, play it cool. Don’t attract attention to yourself ….. oooh shiiiit!”
😂🕊😂

I received this message from little Violet today. She and her sister, Sadie, are missing their daily walks, it would appear.
(Thanks to owners Gill and Gail for holding the camera and sending this on Sadie & Violet’s behalf.) 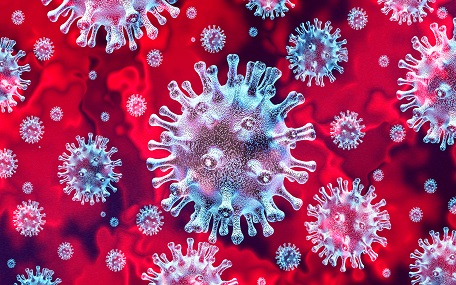 Following the Prime Minister’s announcement last night, I’m sorry to say that Leading Petcare will have to close down while we all battle the Coronavirus pandemic.

(Twelve years and eleven months without a day’s absence – I’d just like to say this one doesn’t count!)

I’m sure everyone will understand there is no alternative to this action and that hopefully, if the country as a whole goes along with the instructions, we will be back to some semblance of normality in a few months.

I’d just like to say a huge ‘THANK YOU‘ to all my loyal customers for your support and understanding these past few weeks. This ‘lockdown,’ is going to affect all of us and apart from anything else, I’m going to miss seeing all my wee pals over the next few weeks at least.

Hopefully, I’ll be back with you all in the not too distant future. In the meantime, look after yourselves and your loved ones, and Go Well.

(I don’t do conventional stock expressions like ‘Stay Safe.’)

How cute are these two?!

Little Cabriole (left) is only a few months old and is deaf – or at least, hard of hearing. But he has his older ‘brother,’  Flame to look out for him.

When I recently visited the Oriental Shorthairs for the first time since Cabriole joined the family, he didn’t appear. Both Flame and his elderly ‘sister’ Star were by my side throughout the visit.

I had a look around the house for the wee one, and not appreciating just how bad his hearing was, I repeatedly called his name.

I noticed Flame kept running up and down the stairs, as if to show me where to look, but I could still find no trace of Cabriole. (It transpires he was most likely in his favourite place which is a warm, towel drawer in the airing cupboard.)

On subsequent visits that week, both Flame an Star would appear as I walked into the house. Flame would then briefly disappear – and return a minute or so later with the wee one in tow.

There was much excitement in the fields around Bridge of Weir today as four of the long-standing ‘Lunchtime Gang,’ met up again after many months apart. Sadly, two of the original members, Marley and Jazz, are no longer with us, but Dougal and Cali carried on where they left off and chased around the hill, until old age reigned them in and they decided the offer of a biscuit was a better option.