It was a big day for Jura, an eight month old collie – the day of her first walk with the Leading Petcare pack. Unfortunately, Roxy, the golden retriever was unwell, so she only had Cali, the black lab for company. But that didn’t appear to diminish the excitement factor in any way.

The weather was pretty miserable too – but since when did a collie let that get in the way of a good time?

Later in afternoon, we welcomed Clivey, a twenty-nine year old timneh parrot who has come on holiday for a few days.

(I better watch what I shout while watching football on the tv this week!)

It wasn’t just me who was not too keen to walk in the howling wind an driving rain. 🙂

It was so sad to hear today that my wee pal, Ozzy, had passed away suddenly earlier in the day.

Ozzy (and his ‘brother’ Sam, and later his ‘sister’ Gem) had been walking with me almost since I started Leading Petcare over twelve tears ago. In fact, his first walk was back in January 2008, so twice a week, every week since then, we’ve been scrambling around Gleniffer Braes in Paisley, dodging the cattle and deer.

I make that roughly 1,196 walks! Or five hundred and ninety-eight hours together!

Ozzy was a happy, bouncy dog. He loved chasing balls – he just wasn’t very good at bringing them back! He’d run off into the woods and stash them!

Both wee Gem and Sam had passed away over the past few years, so it’s an end of an era for Leading Petcare, and of course, for his devoted owner. 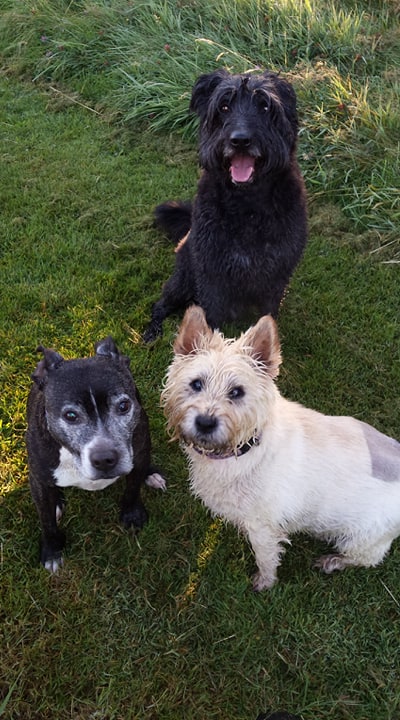 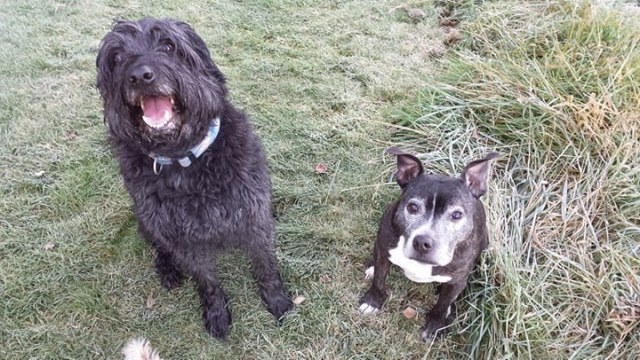 2007; I start my Leading Petcare Business.

2009: HBOS falls on its arse and is taken over by Lloyds Banking Group. 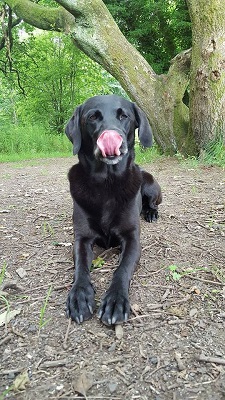 Bailey fancies a nap while Rowan (foreground) is like …. “Yeah – whatever…” 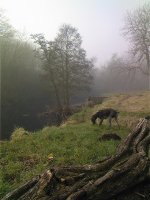 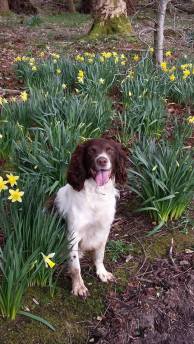 Oscar in the daffs. 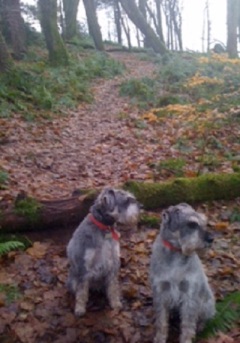 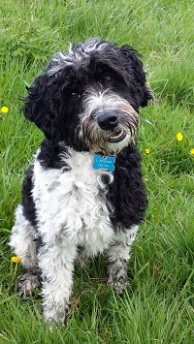 “OK look! I DID floss this morning.” But Cali is unimpressed with Dougal’s assertion. 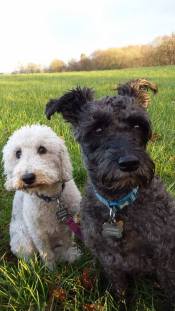 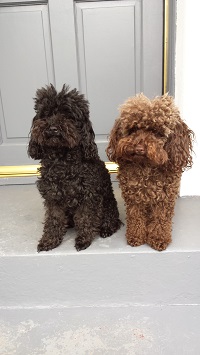 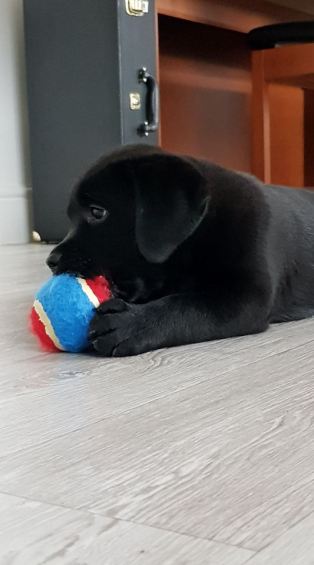 The Knapps in Autumn.

Jump on board, Ghost & Shadow. 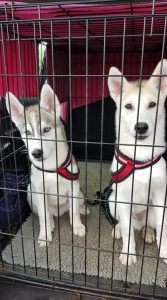 Eighteen week old Husky pups, Ghost and Shadow, took their first walk with Leading Petcare today. It was an exciting time for the two, who had to investigate every fallen twig and every new scent. Of most interest was the cattle feeding trough and the mudbath that surrounded it – but they were persuaded it was probably a good idea not to get too close. 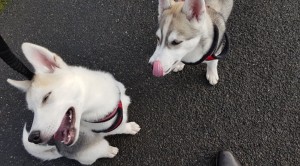 Was it something I said …? 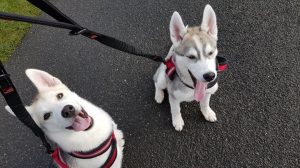 Dog walking in the cold, wind and rain of November can be … uncomfortable, I guess.  But this job does have it’s perks to compensate – like spending time with an eight week old puppy.

It will be a few weeks yet before she gets to meet the rest of the pack, but today was her first puppy visit and her excitement was only surpassed by her cuteness!

Everyone – let me introduce you to Luna. 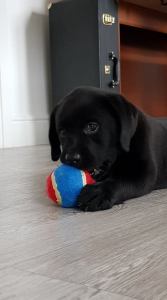 Roxy, a nine month old retriever took her first walk with Leading Petcare today – and look who she met along the road.

Welcome to the pack, Roxy.

See you around, Dougs!

I reckon that since I started visiting Dougal as an eight-week-old puppy back in September 2010, we have been on around nine hundred and sixty walks together.

During that time, he’s got up to all sorts of mischief with his many pals, including Marley, Jazz, Molly & Murphy, Harry, Buddy & Jet, Cali, Misty & Bramble and Big Louis and Li’l Louis.

I think these photos from his final walk earlier today, illustrate just why wee ‘Cheeky Chops’ will be missed.

See you around, Dougs! 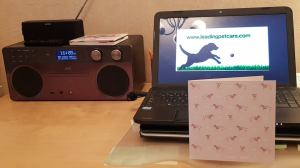 With two long-term clients (one of eleven years standing, the other, nine) having moved out the area in the past few weeks, Leading Petcare presently has vacancies for dog-walking in the Houston area.

All mature dogs should be socialized, with good recall, though puppies are also welcome.

Please e-mail all enquiries to: leadingpetcare@gmail.com

Initially, back in September 2007, it was ROCKY & LADY. Then in November 2012, it was HARRY (lab) on his own. Seven months later BUDDY (Japanese Spitz) then a tiny wee ball of fluff  joined the family, and then in January of this year, little JET made it three.

In all, that’s eleven years I’ve been walking the dogs from this particular household. 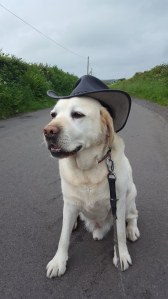 But today was the last time – HBJ’s ‘human family’ are moving out the area.

However, the good news is that coincidentally, they are moving to a house round the corner from my father. 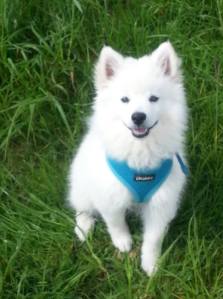 So, I better make sure I’m carrying my biscuit bag when I visit my ol’man.

See you around, boys!